The team at Fairbanks Seeds work very closely with vegetable breeders (non-GMO) from all corners of the world to identify vegetables varieties Australians will love. We strive to find vegetables that look amazing and are packed full of flavour and nutrition.

We then grow these vegetables in the extremes of the Australian environment to select those most suitable for our market. 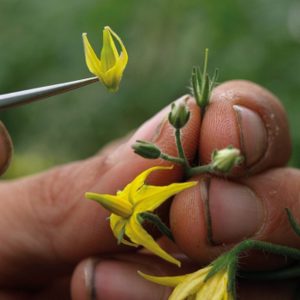 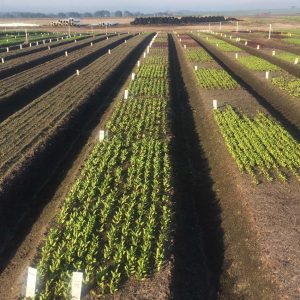 Each vegetable breeder produces hundreds of different plants that they need to choose from. Fairbanks Seeds works closely with their plant breeders to search for varieties that will work within the diverse Australian conditions. Once these plant varieties have been identified, large scale screening trials are conducted on Australian farms to determine whether the varieties can perform within our climate and conditions.

Often varieties can look amazing in Europe, yet they fail to perform under Australian conditions. Therefore it is important that we test each variety in these large screening trials.

Once a handful of varieties have shown potential in the screening trials, extensive trials must be conducted to determine the long term viability of the varieties. They must withstand different weather conditions, including extreme temperatures and variable rainfall to determine the best seasons and climate. Some varieties will thrive in the warmer northern states of Australia, whilst others show more success in the cooler climates of the Southern states. Without this extensive trialing Fairbanks Seeds would be unable to make sound recommendations to their loyal farmers. 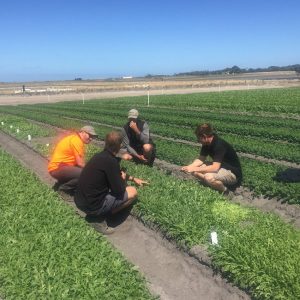 Fairbanks Seeds does not sell or handle any genetically modified seeds. It is against Australian regulations for any vegetables to be produced in Australia from GMO sources, so all Australian fresh vegetables are GMO free. 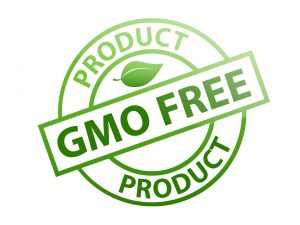 Heirloom varieties are old cultivars that were commonly grown during earlier periods in human history, but are no longer used in modern large-scale agriculture. These varieties are maintained by gardeners and farmers. All heirloom varieties must be open pollinated to ensure that seeds saved from the plant are true to type.
Most heirloom enthusiasts agree that for a species to be referred to as Heirloom it must pre-date 1945 – which marks the end of World War II. After this point in time, vegetable breeders and growers become increasingly focused on food security using hybrid vegetable seed varieties to assist with this concern. However vegetable breeding has been happening for many years, Fairbanks seeds for instance has been trading in vegetable seeds since 1926.
To overcome the international concern for food security, vegetable seed breeders began searching and breeding for traits such as yield, shelf life and tolerance to environment.

Years of selective breeding has developed a large range of vegetables and fresh produce that enable growers to produce higher yielding crops from their farms in a more sustainable and efficient manner. These conventionally bred varieties must not be confused with genetically modified varieties, which cannot be sold in Australia. 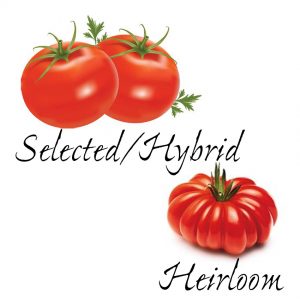 If seeds are saved from hybrid varieties, the resultant crop will produce a wide array of off-types compared to the hybrid variety. Therefore, fresh seed should be purchased for each crop. Hybrids varieties should not be confused with genetically modified organisms, which are prohibited in the Australian fresh produce industry

Almost all hybrid vegetable seeds are intentional crosses made by vegetable breeders. This said, hybridization can occur in nature and often does when plants are planted in close proximity. Two nearby plants of different species can be cross pollinated by insects or the blowing wind and the resultant seeds can naturally germinate in the soil below, forming a new hybrid.